“Do women have to be naked to get into the Metropolitan Museum?’

This was the cry of war in the 80’s of the Guerrilla Girls on the New York buses and in front of the most famous museums in the world, questioning the role of woman in the art world.

Woman, always undisputed protagonist of the male creativity, inspiring muse, symbol of purity and rapture, of beauty and eroticism.

Either real or imaginary, women have been source of inspiration for writers and artists for centuries, immortalized in poems and art works, pictorial and marble masterpieces alike.

Initially, the artistic representation of the female figure embraces the sacred and religious iconology.

With Christianity, the figure of Maria embodies all the most important values of that period: grace and fertility, vehicle of the principle of life and symbol of maternity.

During the Renaissance until the 19th century, woman becomes desire, ambition. Her representation becomes more realistic and contemporary, reaching its apex with the advent of Impressionism.

Starting from the second half of the 19th century, thanks to the industrial progress and the social changes caused by an always more frantic lifestyle, women acquire always more and more independence.

Women are emancipated and the artistic avant-guardes identify and express the social changes with artistic processes never seen before.

Her figure is not only angelic, pure and ethereal, but also seductive and source of perdition. 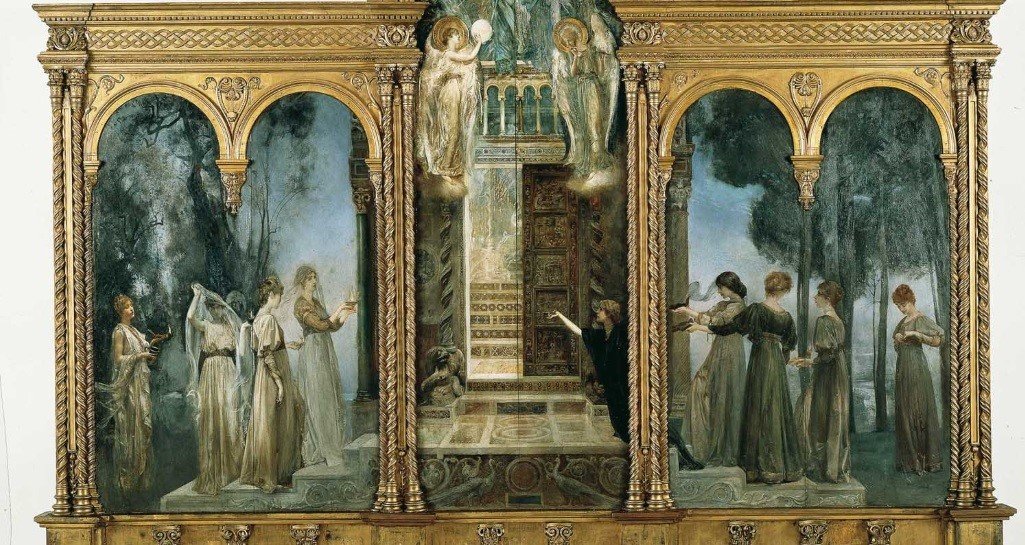 This painting can be used as an example, which is inspired by an episode of the gospel according to Matthew.

In this decadent and symbolic phase D’Annunzio and Baudelaire must be obviously mentioned: ”woman is the dream of a “beyond” where existence can be spent serene and  loaded with promises”.

From the features of the African and primitive art of Modigliani, we come to the cubic division of the female body, clear indication of a physical and mental deterioration, almost an identity crisis, mainly in Picasso and Braque.

Futurism overstated the situation and the figure of woman sank very low, with her representation as jealous, moralist, submissive.

But it was just the beginning.

Woman is all and nothing: inspiring muse, virgin and object of desire, mother or revolutionary symbol.

She becomes an imaginary creature: enchanting, witch, siren, even sphinx. The male artist wants her but at the same time is afraid of her, bordering on dismay.

The so called “femme fatale” is intimidating and several artists represented their malaise and their unease on canvas.

It’s the period of Dalì and Mirò.

Munch, in the years 1894/95, represented with his woman’s vision with his Madonna, clearly expressing his affliction and fear. His choice of colours communicates negative and nervous chromatic sensations. 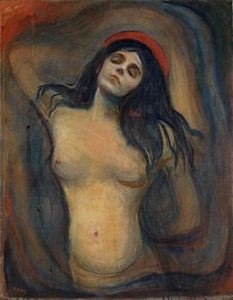 In sculpture, the unique characteristics of marble and the malleability of certain metals and alloys made possible that the female figure was represented in all her beauty and harmony.

And what about the vision of Kobe about woman?

Two themes dominated Kobe’s creations: one was the female figure in all
its simplicity and mystery. Kobe created numerous female figures,
but without the kind of extremely coquettish femininity we know from
fashion magazines and movies.

What he made was more mysterious in itself, in the purest and simplest form.

The artist loved the female figure (as many artists do) and he got
inspiration from watching woman (at a bar, on the beach, when he
travelled, when she cooks, when she takes care of the child (for example
the sculpture: MOTHER AND CHILD, page 51 of his monograph). 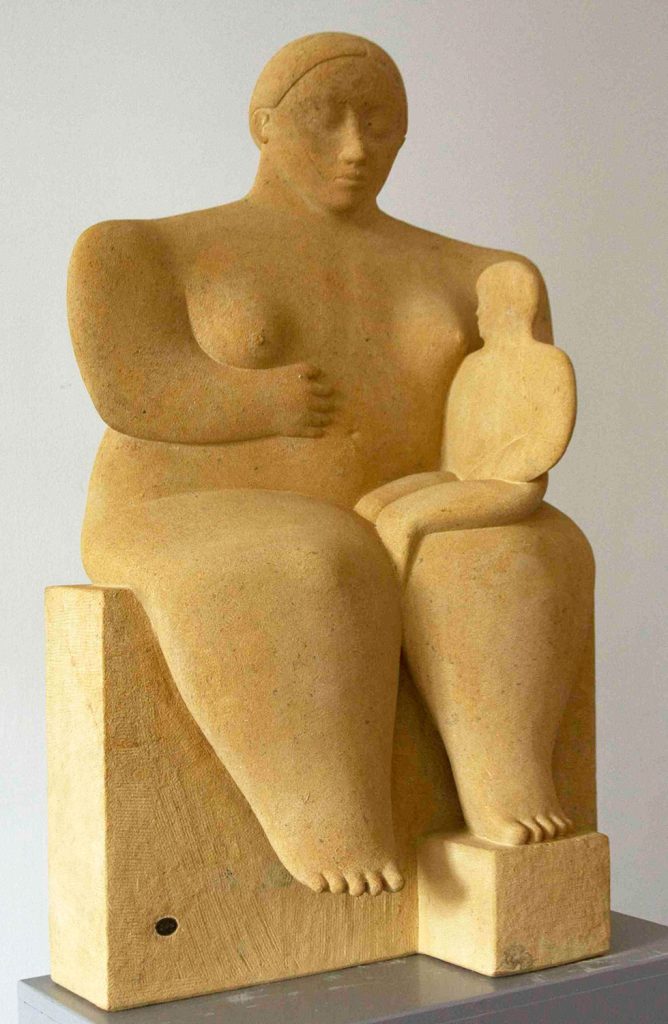 He got inspirition out of the daily life.

And he got a lot of inspiration out of two sculptures he loved: the RECLINING FIGURES by Henry Moore and THE BATHER by George Minne.

Michelangelo’s marble “Every block of stone has a statue inside it and it is the task of the sculptor to discover it” – Michelangelo  Ogni blocco di pietra ha una statua dentro di sé ed è compito dello scultore scoprirla” – Michelangelo. Michelangelo’s cave still...
Read More
We use cookies on our website to give you the most relevant experience by remembering your preferences and repeat visits. By clicking “Accept”, you consent to the use of ALL the cookies.
Cookie settingsACCEPT Read More
Manage consent