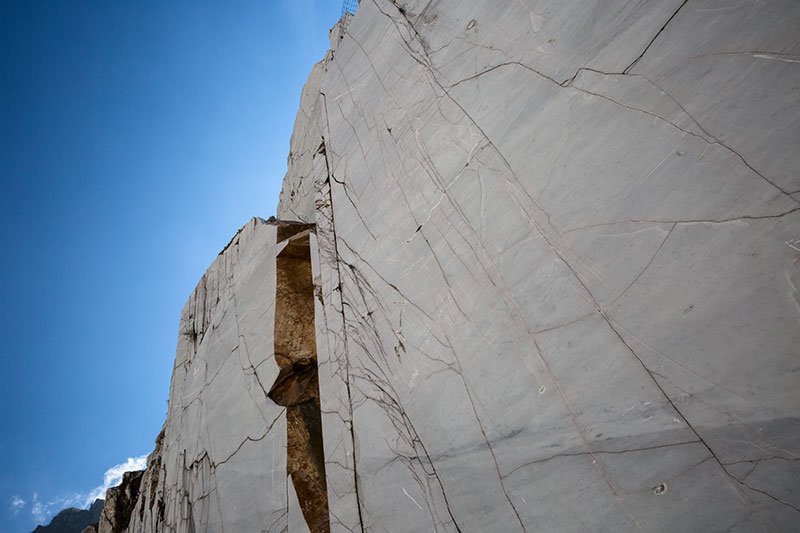 Michelangelo’s cave still exists and is located near Stazzema. More than one hundred people still works there.
In 1517 Michelangelo found his ideal stone, his marble, in the historical Cave of the Cervaiole: ‘of solid and homogeneous grain, crystalline, like sugar’, so he defined it.

Though Michelangelo did not leave any artpiece in Carrara, he always had a close relationship with this town, thanks to its proximity to the caves, the expertise of the querry workers and the indisputable quality of its marble, impossible to locate elsewhere.

He personally chose the marbles for his works and he used Carrara very often as his support base. 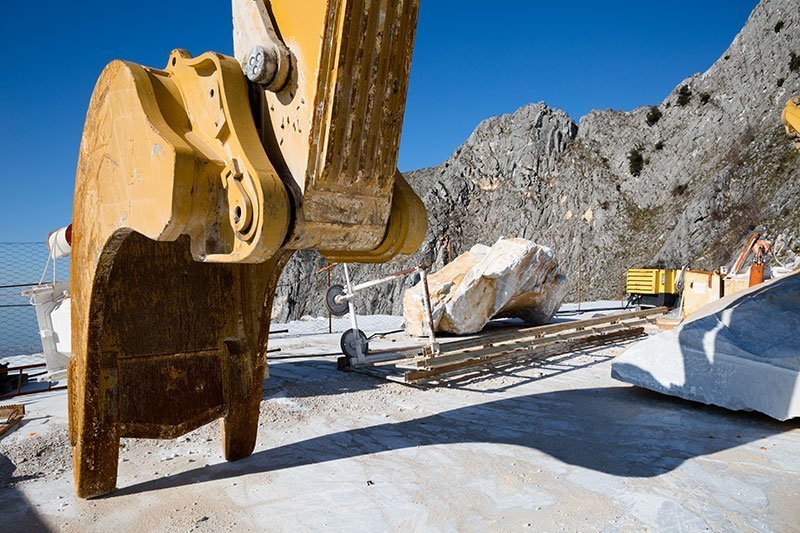 The possibility to have Michelangelo in Carrara meant for the quarrymen to have an exceptional customer: orders of the greatest importance, as great as the pieces of art he would realize.

Michelangelo used only the natural colours of the stone, without enhancing it or adding any colours.

Saying that carving is to be done by “taking out” rather than “adding up” he established a method which is still valid.
Michelangelo believed that every block of marble was to be carved to set the statue trapped inside free.

The carving method of Michelangelo was based on 6 different phases, though not always entirely executed:

Michelangelo used to sketch the idea of the statue he was about to realize. Then he gave instructions to the quarrymen. Sometimes, the model was made of wax or clay. 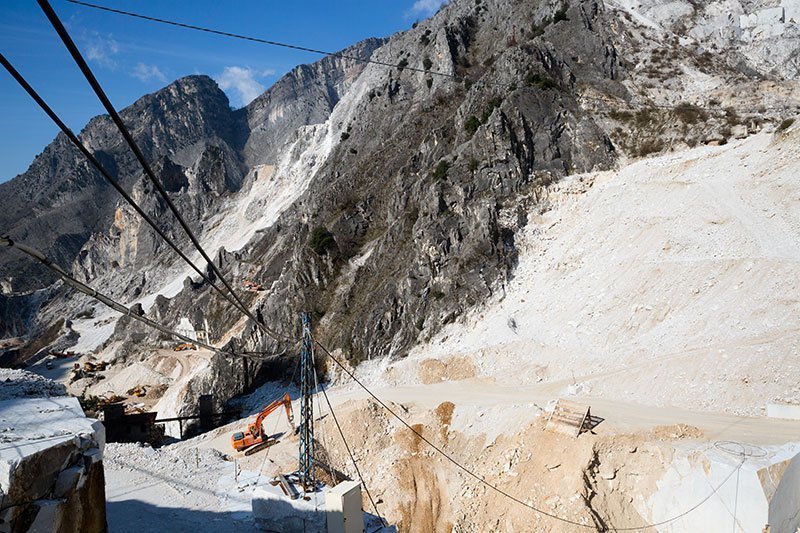 As the creative process is a work in progress, sometimes the final artpiece ended up to be completely different from the initial sketch or model.

After using measuring and levelling tools, Michelangelo sketched the shape of his work on the block of marble, and then he started removing what unnecessary with chisels and hammers.

With the rough-hewing, the shape and volume of the piece would start to become visible.

Then, using tooth chisels, he gave depth and shape to the marble, always treating delicately his “stone”, almost to avoid harming it.

The levelling was obtained by means of another type of chisel, a flat one, to eliminate the defects and the geometric imperfections of the artwork.

The most amazing phase was the refining one: the marble was polished, smoothed and cleaned. The stone began to assume an extraordinary shine, of incomparable beauty. 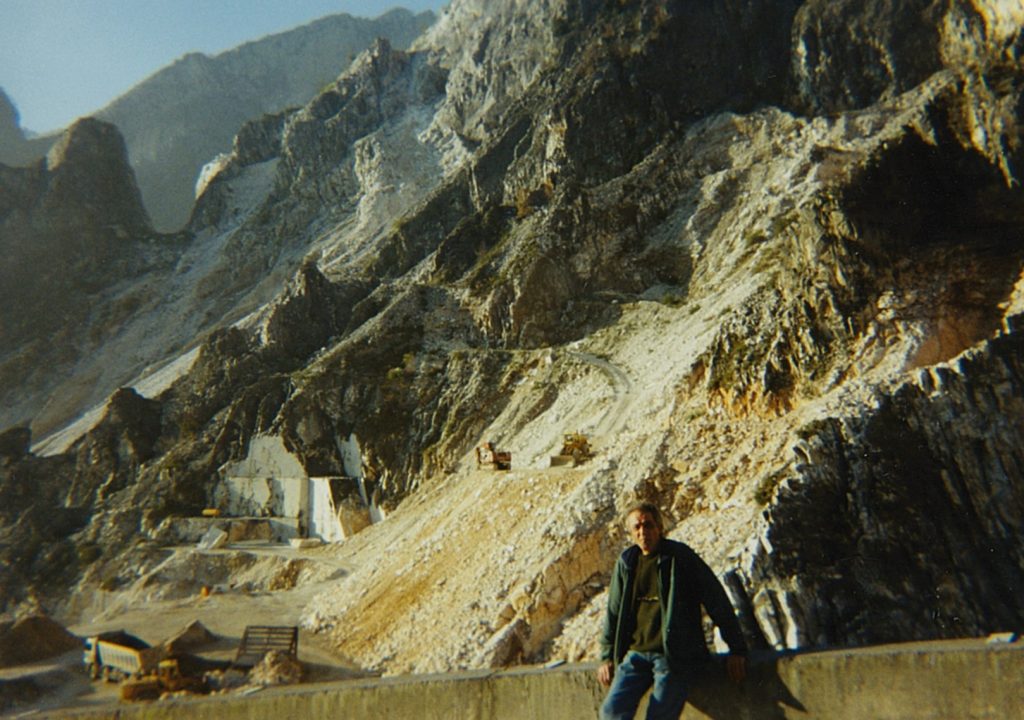