The representation of the horse in the artistic world is one among the most common artistic typologies, starting from the Graeco-Roman times to date.

The variety in the equestrian iconography is mainly due to the power granted to the male component in the ancient societies: wealth, military abilities, sports performances.

In addition, it came to represent more conceptual metaphors, such as power and sexual prowess.

The more muscles in the representation of the horse, large and powerful and with a long mane, the greater the value of the person pictured with it.

The apex will be reached with Alexander the Great, who was portraited in numerous paintings with his untamable horse, Bucephalus, and largely also during the Roman empire.

The idea that the pictorial work or the equestrian statue had to convey was the one of the “imperator invictus” (indomitable imperator).

The conventionalism itself on the formal occasions when an equestrian statue was dedicated to an emperor generated a certain standardization: the “profectio” – departure – or the “adventus” – return, as well as the triumph, were moments that marked the life of the empire and coincided with artistic celebrations.

In the XVII century from the marvellous sketches of Michelangelo to Caravaggio’s paintings, horses are the most representatives subjects of the Italian Naturalism: perfectly painted, with powerful yet harmonious muscles, highlighted by a skillful use of the light.

Centuries pass but horses remain a subject loved by the greates artists of each time.

In 1937, in Picasso’s Guernica, painted after the bombing of the Spanish town during the civil war, that horse symbolised the entire nation. In the general disperation which dominates the composition, we find in the middle a skittish and terrified horse, a symbol among symbols, to represent the Spanish people, exhausted by the civil war.

“A beautiful drawing, more than just a sketch, which explains a lot on closer inspection. What is striking is the more powerful shading of the animal’s wings.

The dynamics and the power you sense in those places, suggest for this indeniably favourite animal (the artist grants the horse limitless escape options) the absolute ability to escape gravity. Fleeing from down below is still possible. This sculpture expresses love and respect for the horse.

It is an animal with which the artist is familiar. An animal that allows him to dream.”

From the book “Ingenious Semplicity”, talking about Kobe’s horses, 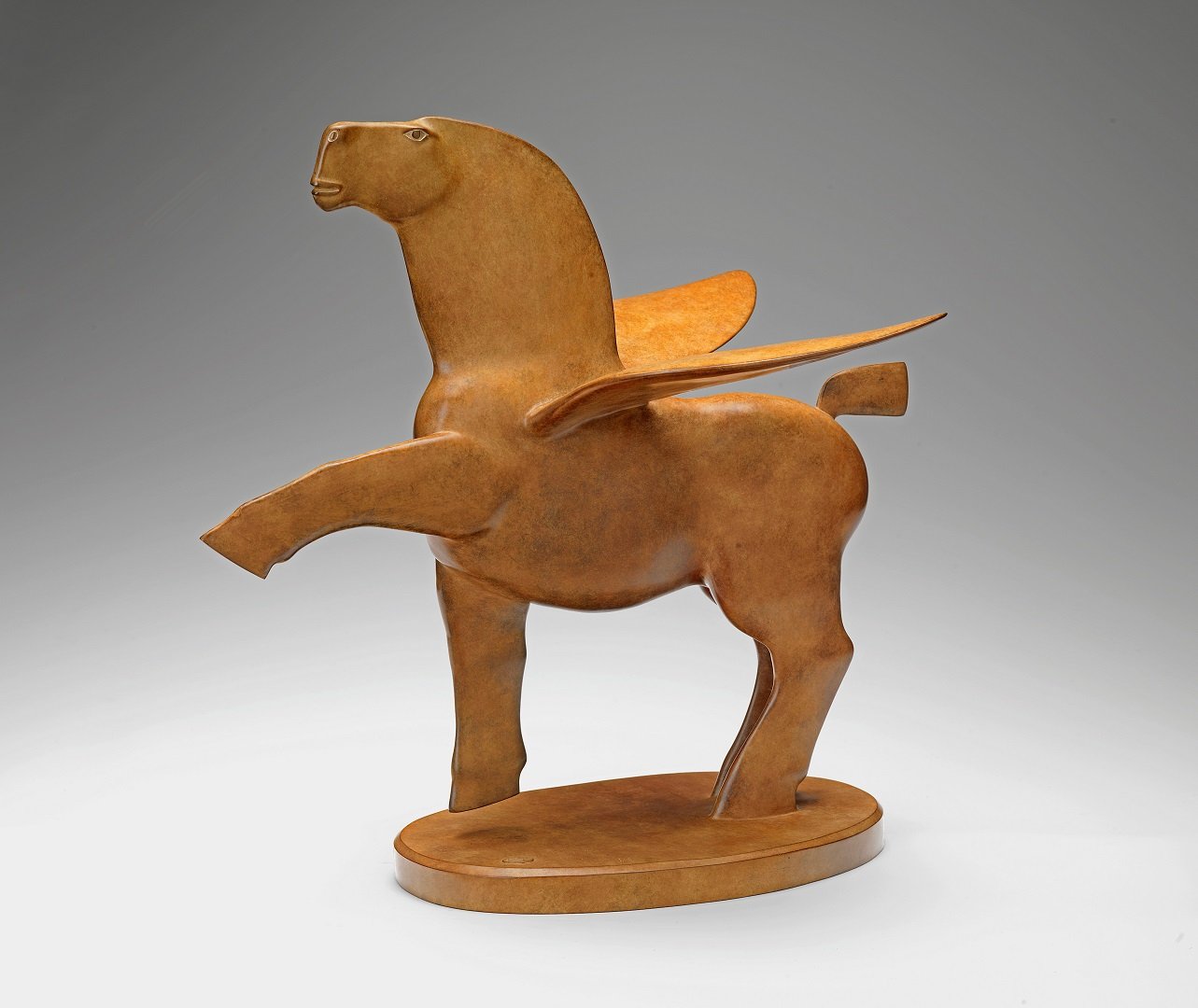